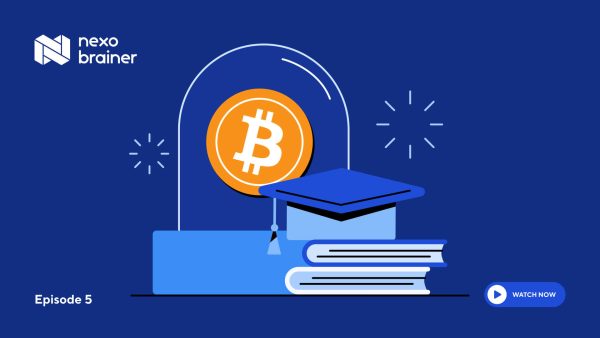 Numbers don’t lie. Inclusive and diverse firms are more successful. McKinsey research based on 2019 data found that businesses in the top quartile for gender diversity on executive teams were 25% more likely to have above-average profitability.

The Nexo team is proud to have nurtured individuals with diverse backgrounds – from seasoned Wall Street bankers to self-taught computer science prodigies. Nearly 300 equally talented individuals at Nexo are reshaping the crypto industry from the ground up.

The world of finance is still widely considered a male-dominated industry. To debunk this myth, earlier this year Nexo decided to not only exhibit at the world’s largest Fintech event, Money 20/20, but to also support and participate in RiseUp – an initiative for gender inclusivity in leadership, which is about unlocking the next steps in your career, no matter what stage you are at. The program has helped more than 150 female professionals enhance their leadership skills, gain confidence and take their careers to the next level. Over half of the RiseUp mentees have received a promotion/moved into a more senior role since they joined the program and 82% felt the RiseUp network helped progress their career.

We chose none other than Tatiana Metodieva, CFA – Nexo’s Head of Corporate Finance and Investments – to mentor an aspiring female Fintech professional during this year’s RiseUp edition. Tatiana, who boasts more than 12 years of leadership and hands-on experience with a dedicated focus on the commercial banking and Fintech sectors, is just one of many talented women in our team leading products and global operations. As such, Metodieva believes that countless career opportunities exist for women, especially in the crypto space.

Despite findings that men are more than twice as likely as women (16% compared to 7%) to invest in cryptocurrencies, there are increasingly more women developing the core technology, creating the design, and building brands in the digital assets industry. It’s a much less pronounced gender gap that we believe will have a spillover effect and gradually bring millions of women into crypto as both creators and investors.

Women at Nexo are living proof that the future of finance is no longer just in the hands of men.

Despite Acquisition Fallout, Nexo Pushes to “save” Bankrupt Crypto…

Super-Admin
Jan 10, 2023 1 min read
Have A Story? Get Featured On Nexofly Plus 100+ More Exclusive Crypto News Sites Tell Me More !