How To Make A Blockchain Game 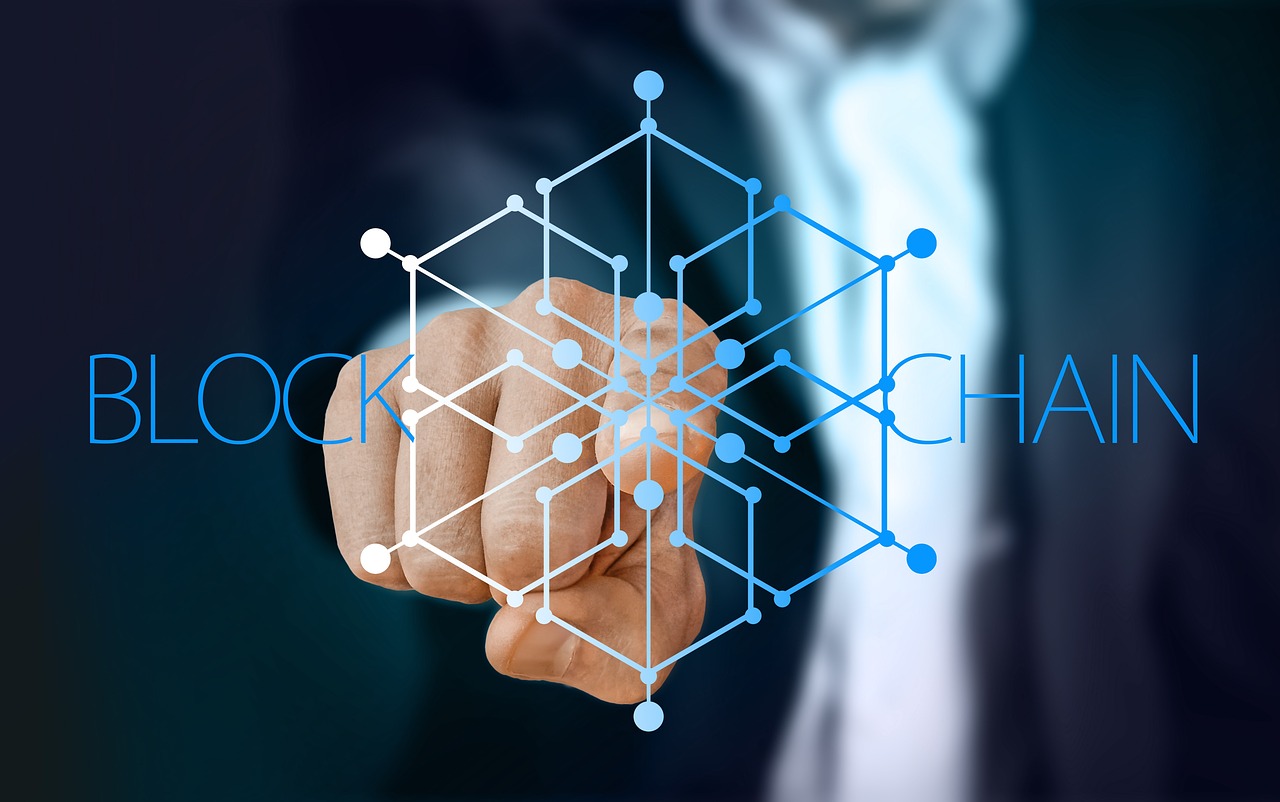 Are you looking for a way to make your game stand out from the crowd? Want to create an innovative experience that will keep players hooked and coming back for more? Blockchain technology may be just what you need.

Combining blockchain, an immutable digital ledger, with gaming can provide users with plenty of benefits – everything from the increased trust in results and security to easier account management and better rewards.

This blog post will explore how blockchain works, why it matters for gaming, and how you can use it within your games. We’ll help demystify the blockchain concept so you have a better understanding of its promise and potential pitfalls for your projects.

So grab some popcorn (or a cup of coffee!) – and let’s jump into learning all about building games on the blockchain!

What is a blockchain game?

A blockchain game uses blockchain technology to enable players to own in-game assets, purchase items, and engage in other activities within the game. In addition to allowing users to store their digital assets securely, blockchain games offer transparency and security by providing players with proof of ownership over their virtual items.

How does it work?

Creating a blockchain game requires quite a bit of knowledge, but the fundamentals are relatively simple. At its core, blockchain technology is a “distributed ledger” — it stores information across a network of computers instead of in one centralized location. This decentralization makes transactions more secure and efficient compared to traditional systems.

When creating a blockchain game, developers must design an algorithm that will govern the game’s rules — these are known as “smart contracts.” Smart contracts are sets of coded instructions that dictate how digital assets move and interact within the network. Developers must also create or use existing digital tokens, which can be used as in-game currency or other items.

Once the game is designed and coded, it must be “mined,” — meaning that users are rewarded in digital tokens for verifying transactions on the blockchain. Mining also stops malicious activity and prevents fraud by tracking all transactions within the network.

Finally, developers can integrate their game with existing cryptocurrencies, such as Bitcoin or Ethereum, which creates more opportunities for players to engage with the game. By leveraging blockchain technology, developers can create secure, efficient gaming experiences accessible to anyone.

Why are blockchain games becoming so popular, and what are their benefits?

Blockchain games have recently become one of the hottest trends in gaming. This is due to their many benefits, such as improved security, ownership and control over digital assets, increased transparency, and the potential for true decentralization.

Using a pre-made template is your best bet if you want to make a blockchain game with minimal effort. Templates provide the basic framework and code to make your own game quickly and easily. Once you have some foundational elements, you can customize your game’s look, feel, and functionality to make it truly unique.

Game development platforms are a great way for developers to build their games or use existing ones as templates quickly. These platforms offer easy-to-use tools that allow you to create custom features and access tutorials, the gaming world, mobile devices, smart contracts, deploying smart contracts, guides, and support from the platform itself. Popular platforms include Unity3D, Unreal Engine, Amazon Lumberyard, etc.

Integrate with an Existing Blockchain Network

Integrating with these networks is relatively straightforward if you already have experience developing blockchain applications on an existing network such as Ethereum or EOSIO. You can easily connect your game with an existing protocol and gain access to additional features, including a wide range of payment options, secure data storage, and more.

If you don’t have the resources to integrate your game with an existing blockchain network, then developing a custom protocol may be the right move. The advantage here is that you can fully customize your game’s functionality and security to suit your needs. However, this process will require significant time and money, so it should only be undertaken if necessary.

Creating your token is another great way to develop a blockchain game rapidly. This will allow you to create in-game items that can be bought and sold on the open market with real money or other digital currencies such as Bitcoin, Ethereum, etc. You can also use tokens for in-game rewards and achievements.

Developing a blockchain game can be complicated and time-consuming, so if you don’t have the necessary skills, then it may be best to hire professional help. Many companies now specialize in developing games for specific blockchain networks and can offer invaluable advice and assistance.

What Is the Required Tech Stack to Develop a Blockchain Game?

Developing a blockchain game requires several advanced technologies, such as distributed ledgers, cryptography, and smart contracts. This tech stack is vital for providing the secure and transparent gameplay that makes blockchain gaming compelling.

The most important technology within this stack is the distributed ledger, which acts as a digital public record of transactions that all participants can view, traditional gaming, dapp game app, smart contract code, and game engine, but only the owner can modify. This ensures that all data stored on the ledger cannot be tampered with or changed without the express permission of all participants.

Cryptography is also important in blockchain gaming, providing players with the highest security and privacy while playing. Cryptography uses complex mathematical algorithms to encrypt data, ensuring that only those with the correct encryption keys can access it. This prevents hackers from accessing sensitive information and keeps players’ private data secure.

Finally, smart contracts provide an automated system to enforce rules and regulations within a game. These contracts are written in code and stored on the blockchain ledger. These contracts automatically execute the desired action when triggered through user action or a predefined timeline. This allows for a secure and transparent gaming experience for players, as all rules are enforced on a trusted platform.

Developing a blockchain game requires an understanding of these technologies, as well as being familiar with coding languages like Solidity and web development platforms such as Ethereum. With the right skill set and the proper tech stack, developers can create unique and engaging blockchain games for players.

Get Your Blockchain Game Done with Game-Ace Services

Blockchain technology is becoming increasingly sophisticated, offering game developers the opportunity to create innovative games that are more secure and rewarding for players. With Game-Ace, you can make your own blockchain-based game from start to finish.

Our experienced team of developers provides a comprehensive suite of services to help you get started with designing, developing, and launching a successful game on the blockchain.

Benefits of Creating a Blockchain Game

Creating a blockchain game has many benefits, such as increased player engagement and providing valuable data to developers. Players are incentivized to play through native tokens or rewards that can be earned in-game.

Blockchain games tend to have better cybersecurity than traditional, server-based online games. This is because blockchain networks are immutable and decentralized, meaning data stored on the network can’t be tampered with or changed without consensus from all nodes (or most of them).

Blockchain technology allows for unprecedented transparency and accountability in the gaming industry. Players can track their rewards, transactions, and activities with ease.

With blockchain games, developers don’t need to invest heavily in hosting services or server maintenance, as all data is stored on a decentralized network. This makes developing a game more cost-efficient than traditional approaches.

Tips for making a blockchain game

Blockchain games have become increasingly popular over the last few years. This technology allows gamers to make secure in-game purchases and monetize gaming experiences. Here are some tips for making your own blockchain game:

1) Digital Assets – Utilizing a digital asset system is essential to a successful blockchain game. This system makes it easy to securely store and manage all of the digital assets in your game, such as characters, weapons, items, or currency.

2) Programming Language – To make a blockchain game, you must choose a programming language optimized for blockchain development. Some popular choices include Solidity (Ethereum-based games) and C++ (Bitcoin-based games).

3) Smart Contracts – Smart contracts are an important part of blockchain technology, as they help with the secure transfer of digital assets without third-party intervention. Include these in your game to ensure that transactions are secure and trustworthy.

4) Security – While blockchain technology is known for its security, software development kits, code smart contracts, own crypto game, crypto game, and in-game economy, there are still threats, such as hacking and other malicious activities. To protect your game from these threats, use proven methods such as encryption and authentication.

5) Testing – Before launching your game, test it thoroughly to ensure it meets all industry standards. This will ensure that players enjoy a seamless gaming experience free from any potential issues or bugs.

How do I create a blockchain game?

Creating a blockchain game is no easy feat. You will need a strong background in coding and blockchain game development and an understanding of blockchain technology. First off, you should decide what type of game you want to make and what features it will include.

Are there any tools available to help make a blockchain game?

Yes, several tools and services can be used to create blockchain games. These include platforms such as Ethereum, EOSIO, and Tron, providing the infrastructure for developers to build their applications.

How long does it take to make a blockchain game?

The time to create a blockchain game varies depending on the complexity and features included. Generally, it can take anywhere from several weeks to several months to develop a fully functional game.

What are the costs associated with making a blockchain game?

The cost of creating a blockchain game depends on the complexity of the game and any third-party services or tools used. Generally, it can range from a few hundred to several thousand dollars.

What are some examples of blockchain games?

Some popular blockchain games include CryptoKitties, Gods Unchained, and My crypto games Heroes. These games offer players a unique gaming experience using blockchain technology, such as digital ownership of assets and secure transactions.

Are there any professional courses to help me learn about making a blockchain game?

Yes, there are numerous online courses available that teach developers how to create blockchain-based applications and games. These courses focus on topics such as coding in Solidity, designing smart contracts, and deploying decentralized apps (DApps).

Unlocking the Potential of Blockchain Technology: An In-Depth Look

Super-Admin
Jan 6, 2023 58 sec read
Have A Story? Get Featured On Nexofly Plus 100+ More Exclusive Crypto News Sites Tell Me More !