– NEXO, a significant player in the crypto finance space (specifically loans), has been on a monster rally lately. 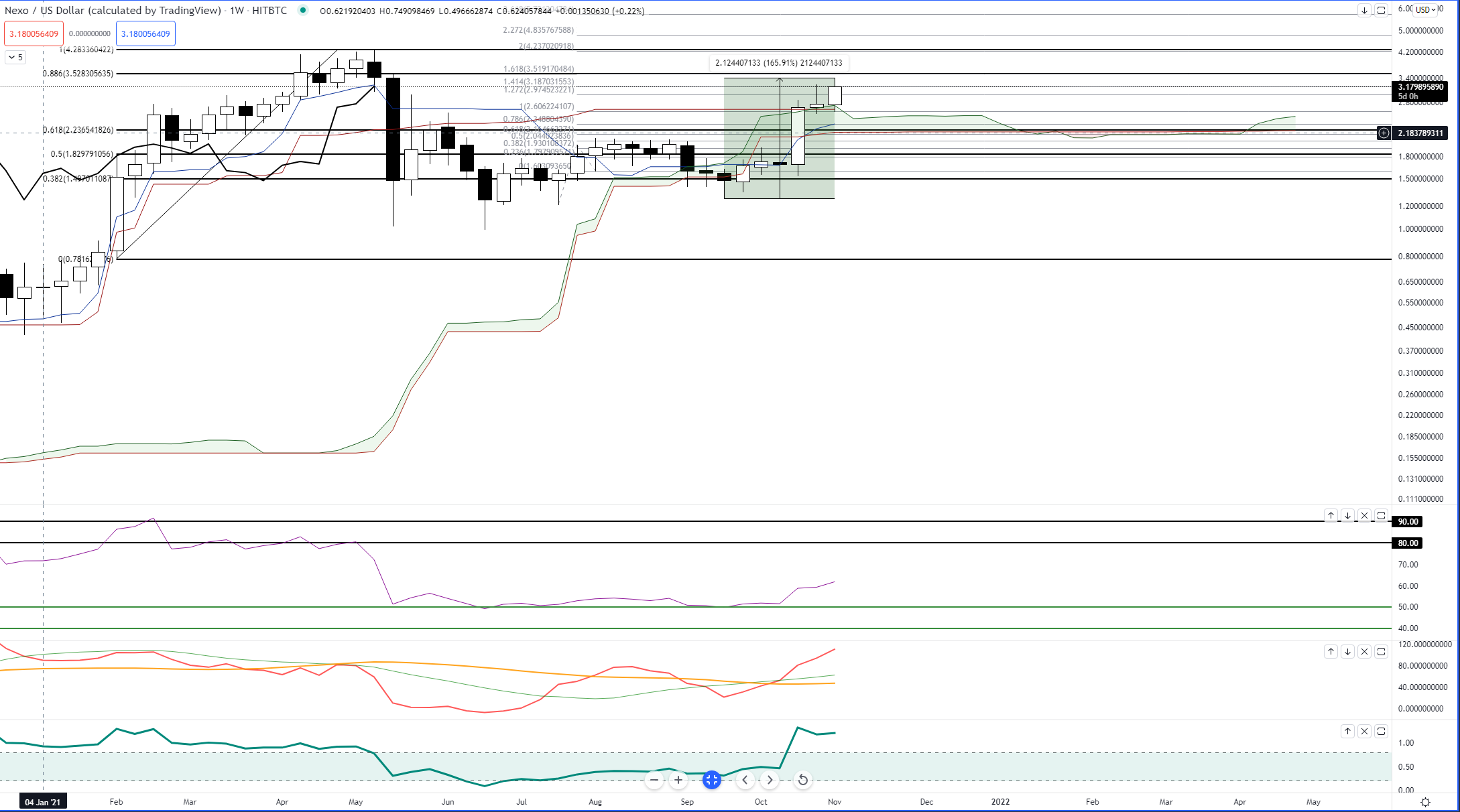 A notable positive is that NEXO is insured. With them being insured,you, by default, are insured (to a certain amount, which is normal). Taking into account the cryptocurrency space, it is not common to find entities which have third-party protection. In addition, NEXO offers the best staking/interest rewards. Best because they’re regulated and insured and therefore less likely to become insolvent or make silly and dumb teaser interest rates that repeatedly fluctuate throughout the year. Furthermore, NEXO gives a daily compounded interest.

Now, on to the price action.

From the most recent swing lows on September 24th to the current swing high, NEXO has gained almost 166% – not the worst but not the best. Its all-time high is $4.28, and that was achieved back on May 12th, 2021. NEXO’s next central resistance area is the 88.2% Fibonacci retracement at $3.52, also the 161.8% Fibonacci expansion. When you consider that $3.52 is very close to the psychological value of $3.50, some profit-taking at that level is expected if it occurs.

Signs that some selling pressure might occur for NEXO can be seen in the oscillators. The Relative Strenght Index remains in bull market conditions and has had steady support found at 50. The two primary concerns for incoming selling pressure are the extended %B well beyond 0.8 and the bearish divergence between the candlestick chart and the Composite Index. The peak in the Composite Index on the week of May 3rd compared to the current Composite Index level shows higher highs, but price action shows lower highs. To invalidate this bearish divergence, NEXO needs to create a new all-time high, or else it may suffer a steep pullback.