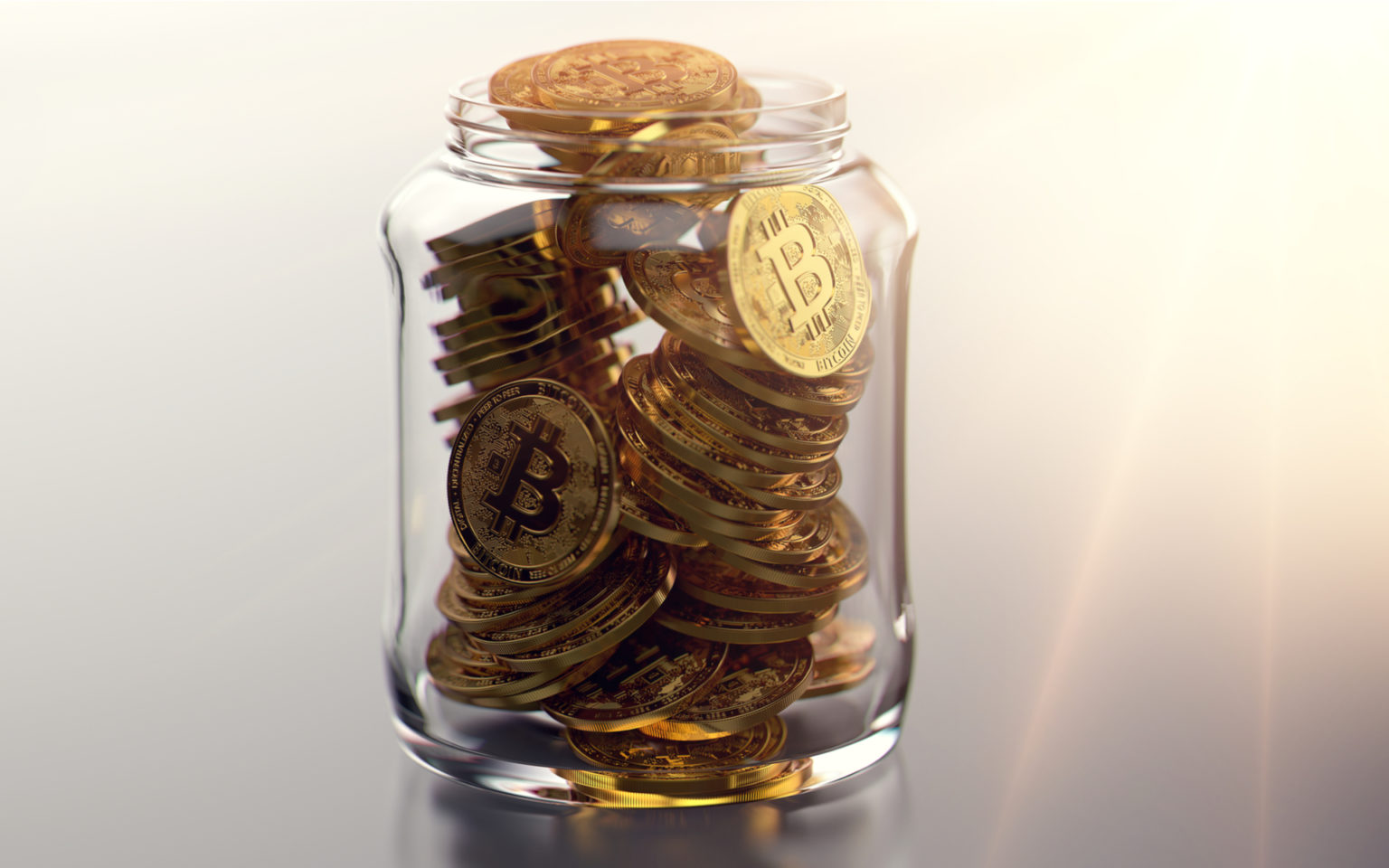 What do Bitcoiners do when the markets get tough and the prices go down? They buy more Bitcoin, that’s what. Glassnode recently published a market report called “Hardened HODLers Double Down” and one of the key findings is that there are two groups who are contributing to what appears to be a major accumulation phase in Bitcoin: entities that hold <100 BTC and those whales that hold over 10k BTC. This set of folks clearly thinks that in the wake of the recent crypto selloff, Bitcoin is priced to move. Or maybe they just represent that unique long-term conviction that gives Bitcoin such a strong ability to resist downward swings.

Bitcoin prices continued to consolidate this week, after initial signs of a potential decoupling between digital asset markets, and traditional equity markets, albeit in the wrong direction. The S&P500 index rallied 7.4% from the lows this week, and the NASDAQ was up 9.6%. Meanwhile, Bitcoin traded down to a low of $28,261, and only rallied early on Monday to recover the weekly high of $30,710. Ethereum also had a tough week, shedding 17.8% of its value to a low of $1,700, before rebounding to $1,900 on Monday morning.

After the LUNA motivated sell-off event earlier in the month, there has been a distinct behavioural change in Bitcoin on-chain accumulation trends. In particular, entities with balances < 100 BTC, and those with >10k BTC have been significant accumulators. The remaining wallet cohorts have also transitioned from net distributors, to neutral. This reflects a notable shift in behaviour compared to the Feb-mid May period which was intermittent accumulation and distribution, reflecting uncertainty and a rotating capital.

However, on-chain activity remains extremely soft, with the little signal of new interest in the asset outside the existing HODLer base. That said, the HODLers who remain, appear to be willing to double down as prices fall, and remain unwilling to spend coins, even if held at a loss.

Only the HODLers Remain

Over recent months, we have highlighted how the on-chain activity for Bitcoin remains both lacklustre, and stable. This is a typical characteristic of past bear markets, where the transaction activity of the network is dominated by the HODLer class, who are far more price insensitive.

After the May 2021 sell-off, we witnessed a modest ‘purge’ of wallets, as investors completely emptied out their coin holdings. This was followed by a four-month-long plateau in wallet growth as uncertainty crept into investor psychology, and marginal buyers were flushed out of the market by the drawdown.

As we can see in the chart below, the poor price performance of late has put wallet growth on a near term pause, although not on the same scale as in May 2021.

During highly volatile events like the LUNA inspired sell-off, we often see an uptick in on-chain activity, as investors panic, sell, or otherwise move coins to post margin and cover positions. In March 2020 and November 2018, this upswing in activity post-sell-off initiated the subsequent bull runs.

Whilst this possibility cannot be ruled out, we can see that both Active Addresses and Entities have ‘given back’ all of this upswing in activity, and returned to the range established in Sept 2021. In other words, the recent sell-off, and lower prices have not yet inspired an influx of new users to the space, and only the HODLers remain.

A Shift in Accumulation Behaviour

Of course, on-chain activity is only a part of the story. Whilst wallet growth and active entities may be stagnant, this analysis does not account for the economic value of the investors and wallets that remain. As prices correct lower, the ability for HODLers to acquire more BTC per dollar increases, which leads us to investigate the domain of supply dynamics.

The Accumulation Trend Score has seen a noteworthy shift in behaviour. For almost 2-weeks, it has returned a near-perfect score above 0.9. This indicates that existing entities on the network are adding significantly to their holdings. This is a clear break from the intermittent scores returned during the Jan-April consolidation range (orange) which can reasonably be classified as relatively low conviction accumulation.

If we dissect the various wallet cohorts who are contributing to this high accumulation score, we can identify two particular groups: entities with <100 BTC, and entities with >10k BTC.

Inspecting the former, we can see that the gradient of their aggregate wallet holdings increased following the recent sell-off. Furthermore, the aggregate balance of this cohort has increased by 80,724 BTC, remarkably similar to the net 80,081 BTC liquidated by the LUNA Foundation Guard (details here). In effect, the increased demand from < 100 BTC entities at lower prices has offset the supply liquidated by LFG in the attempt to defend the UST peg.

The other cohort which has contributed to the high Accumulation Trend Score are whales with > 10k BTC holdings. Over the course of May, these entities have added 46,269 BTC to their balance, and note that this includes the distribution of 80k BTC from the LFG wallet.

These observations can be largely confirmed by inspection of the Accumulation Trend Score breakdown by wallet cohorts metric. Here we can see that since the sell-off, entities holding < 100 BTC and >10k BTC have returned blue signals indicating a significant increase in their balance in recent weeks.

This is a notable shift from the relatively weak values (yellow-red) during the lead-up to the sell-off, with Whales, in particular, being large scale distributors. The remaining wallet cohorts with 100-10k BTC have maintained a more neutral rating around 0.5, suggesting relatively little net change to their holdings.

In the next section, we will investigate the behaviour of the Long-term Holders to further refine our observations.

We have now established a case for the various wallet-size cohorts that participated in the recent accumulation on-chain. Next, we turn to the Long-Term Holders, who represent the least likely to spend during volatility to gauge investor conviction. Note that the transition into Long-Term Holder status is approximately 155-days ago, which is located in late December when prices were at ~$47k.

We now bring this 1-Apr profile and overlay it with today’s URPD in blue below. From this we can assess the change in coin distribution and make the following observations:

The current downtrend in coins younger than 3-months supports this observation. Looking back 3-months capture all coins last spent after 1-March, which is the middle of the last consolidation range. When a downtrend in 3m old HODL waves is in effect, it means that on the net, coin supply is migrating up to more senior age bans.

The key takeaway from these two metrics is that the coin holders who accumulated after the Nov ATH appear to relatively price insensitive. Despite continued drawdowns in price, and a major spot liquidation event of 80k+ BTC, they remain unwilling to let their coins go.

Recalling that the Long-Term Holder threshold is located in late December, it is no surprise that the total LTH supply has plateaued of late. For the last few months, the LTH threshold was traversing along with the downtrend that was in play from Nov-Jan.

Typically, supply accumulation occurs during sideways price ranges. This means that in around 1-month’s time, the LTH threshold will enter the previous consolidation range established between $33k and $42k. Based on the URPD profile, a very large volume of supply was acquired here between January and April.

Long-Term Holder supply has recently returned to the ATH of 13.048M BTC. Unless significant coin redistribution occurs, we can therefore expect this supply metric to commence climbing over the course of the next 3-4 months, suggesting HODLers continue to gradually soak up, and hold onto supply.

However, despite the constructive forward view, there remains a sub-set of LTHs who are currently spending coins and realizing losses. The LTH-SOPR metric can be viewed as the average profit multiple realized by the LTH cohort each day, and it rarely trades below 1.0.

This week, we have seen the average LTH spent coin locking in a 27% loss compared to the point of coin acquisition. Such events in the past have only occurred during the final capitulation lows of bear markets such as 2015, 2018 and briefly in March 2020.

With the concept of LTH-SOPR as a realized profit multiple, we can thus derive the average price from where LTH spent coins are ‘coming from’, termed the Spent Price. The LTH Spent Price (pink) rarely trades above the market price, but however, is currently trading at $32.8k on a 7-day moving average basis. The last time LTHs locked in losses like this was briefly following the March 2020 sell-off event. In the case of the 2018 bear, this preceded many months of LTH losses and culminated in an additional 50% price decline.

The plateauing on-chain activity for Bitcoin has been in effect since September 2021, and as yet, there are few signs of this changing course. What this indicates is that the HODLer class, the Bitcoin buyers of last resort, and the only ones that remain. This can also be observed in the unwillingness to spend held supply, even if it is now held at a loss.

A notable shift occurred in on-chain accumulation trends following the LUNA induced sell-off. Entities with < 100BTC appears to have soaked up an equivalent coin volume to that sold in distress by the Luna Foundation Guard. Alongside a majority of Long-Term Holders, an increasingly large volume of BTC appears HODLed and acquired at these lower prices. This trend, unless disrupted, can be expected to propel Long-Term Holder supply above its ATH over the coming months.

Keeping both eyes on the macro environment in which Bitcoin remains within, there are signals of decoupling between digital assets and equities. Whether renewed correlation returns remains to be seen, and so does the ultimate direction of markets in reaction to monetary tightening. Risks of significant scale remain, however, impressively,  so does the population of price-insensitive Bitcoin HODLers. 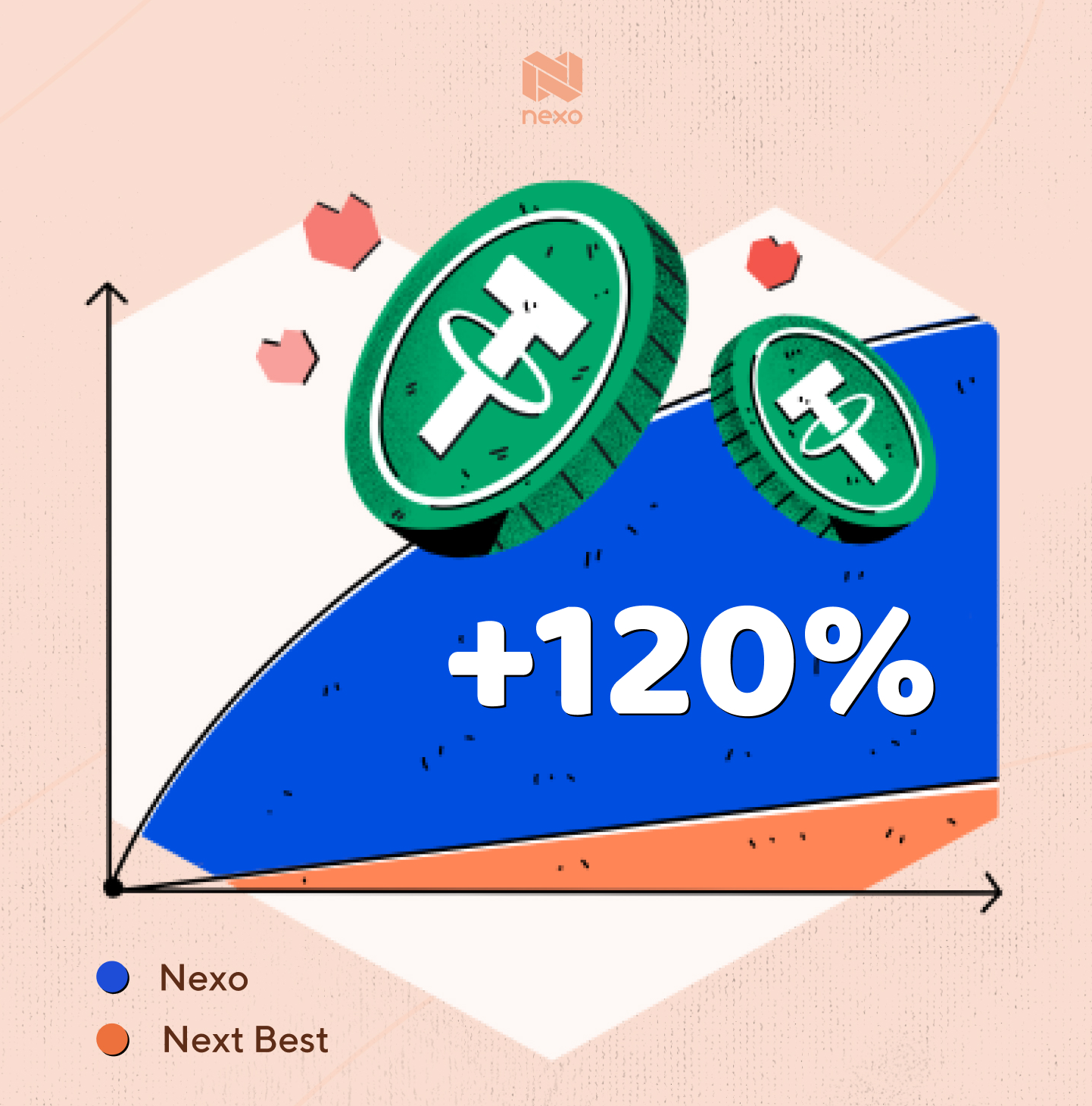 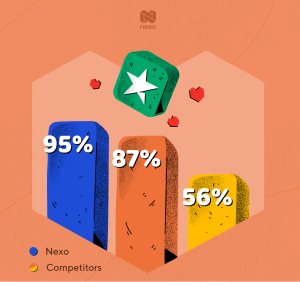 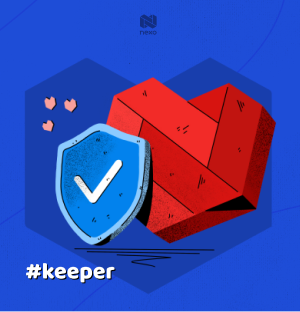 Nexo Money Laundering Via Charity Or Fake News For…

Crypto Lender On Verge of Insolvency: Will Nexo Acquire…